“Court Painter breaks from his traditional role of the Great Dominion’s preeminent portraitist of distinction to enter the Fritz Lang inspired remake of The Gambler in a series of still tableaus. His smouldering and at times untethered theatrics and over the top thespian moves as the male star, harken back to the greyscale days of  visual sobriety “, explained Press Attache A Hardon MacKay in his stirring semi coherent introduction.

Alberta and Saskatchewan home to 15 per cent of Canadians currently emit more than 50 tonnes of climate pollution (tCO2) per capita.
That’s three times more polluting than our national average. 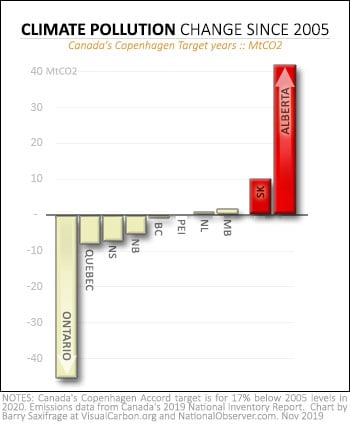 Alberta and Saskatchewan have dramatically increased their climate pollution since 2005, by 17 per cent.

That pollution surge has wiped out nearly all the climate progress made by the rest of Canada.

Court Painter & his trusty Press Attache take a break from the painting studio to dip their toes in the making of a genre flicker!

Any resemblance to those living or brain dead is intentional.

Court Painter was removed and his independent UCP portrait studio was shuttered and chained shut. The four remaining unpaid studio interns of the studio will be transferred back to Court Painter’s dismal one car garage studio in tony Inglewood.

Mr. Kenney dismissed sputtering into his hands allegations from Press Attache A Hardon MacKay that the firing constituted political interference into the critical painterly investigations of Court Painter.

AHM sputtering allegations into his hands

Mr. Kenney, said  the government portrait duties will now be absorbed by a new hire as promised…a local artist that nobody could pick out of a lineup…CC (name available upon request).

CC (name available upon request ) seen immediately upon being hired

Court Painter had no verbal comment but was hopping mad! (not exactly as illustrated)

Monarchists in the Great Dominion are very excited that a new king is about to be officially declared south of the border. DJT the First is expected to be crowned once Attorney General Barr finishes laying the groundwork. Barr has long adhered to a school of legal thought that draws a vision of uncompromising presidential power from the Constitution. That ideology, in line with the unitary executive theory, is guiding Barr to get on with it and have the President declared a King, DJT the First once the impeachment distraction proves the separation of powers thingy is soooo 18th century.

Ivanka and Jared are said to be thrilled beyond belief. The brothers Trump in a short terse statement said “Haters gonna Hate!’

Conservative leader Andrew Scheer has apparently fallen out of favour with the conservative group Canada Proud , best known for its online advocacy that helped elect Doug Ford in Ontario. Conservatism as a political force in Canada they say is hanging on the edge of a cliff and Canada Proud expressed deep  disappointment with the election results and leader Andrew Scheer and are looking for an ‘appetite and direction’ to defeat Trudeau.

The obvious choice to juice up the lagging Conservative fortunes is to drop Scheer and draft an out of work senior, a man beloved for his proud Canada first reputation …the straight shootin’ right winger for the home team his entire pontificating career!

Court Painter seen putting the finishing touches on a painting that featured Grapes with his enabler in a  previous life!