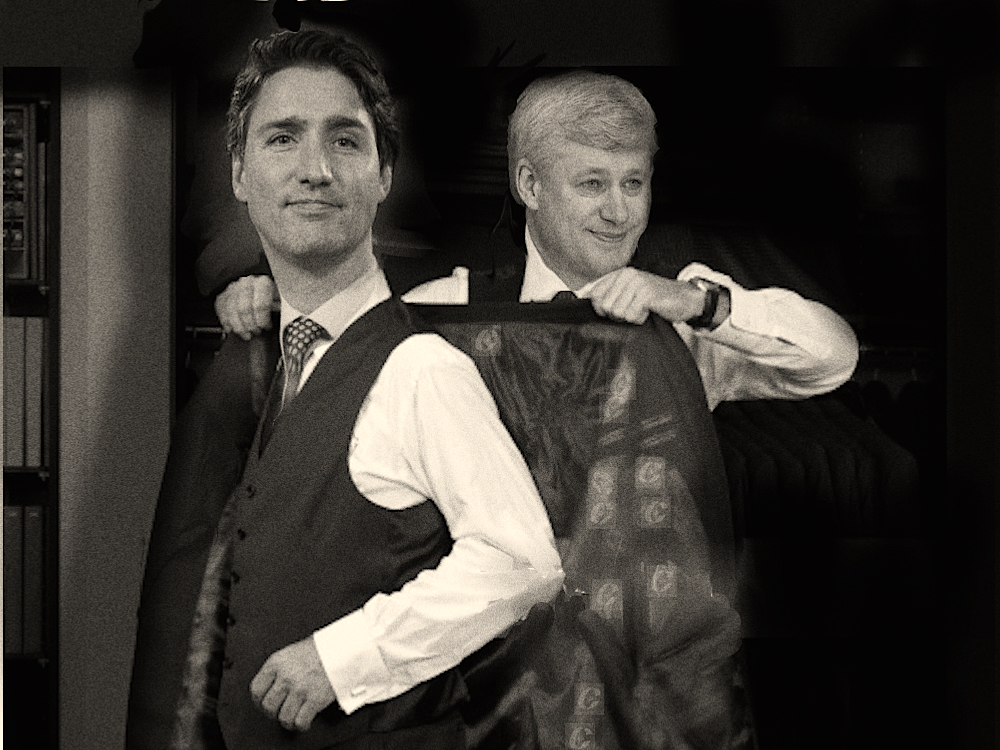 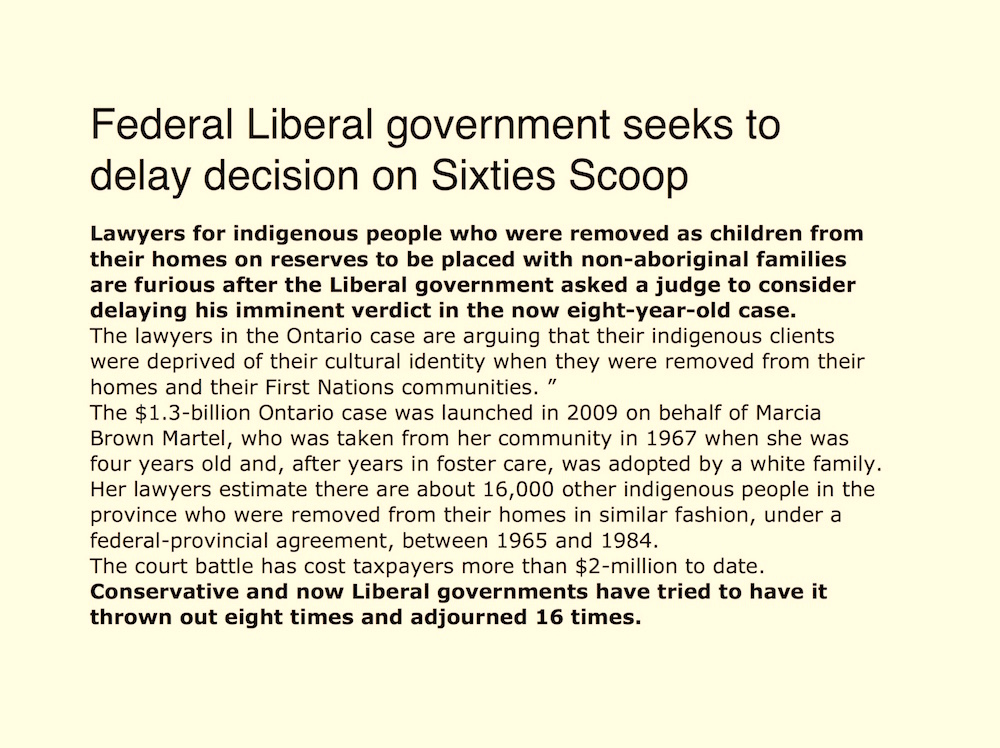 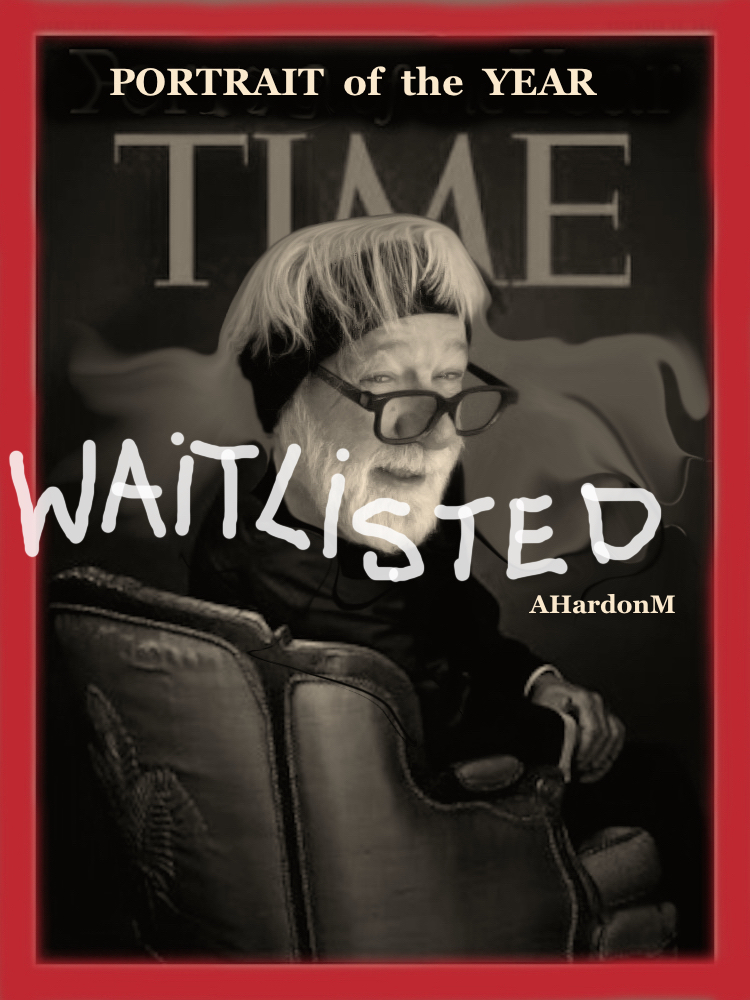 In a shocking turn of events A Hardon MacKay Press Attache to Court Painter , celebrated just yesterday as TIME’s Portrait of the Year, has just received news that his application for a month residency at the Banff Centre for Arts & Creativity, has been placed on the WAITLISTED file and only IF a space becomes available would his participation be considered. 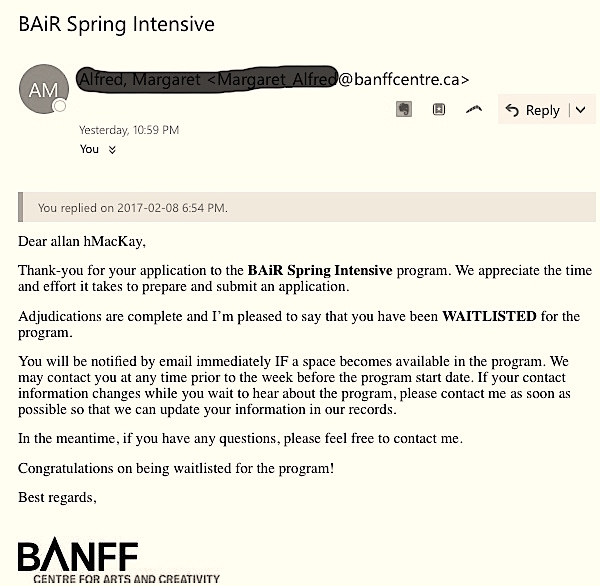 A Hardon MacKay in a tearful Skype conversation relaying the devastating news to current business partner Court Painter, expressed dismay that his 50 years of being an art dabbler & hanger on must have been overlooked and although admittedly he has taken the last three years to fully devote to Court Painter’s career as Press Attache and Chief Strategist, “I still have a few art licks left and my years of observing Court Painter in the studio brought me to the realization that ‘that ain’t so hard’ and a month at the Banff Centre , along with adding a much needed line to my resume,would have revitalized my pictorial stratagems and linguistic wherewithal required of a contemporary studio recluse.Now it’s all for nought,”he whimpered.

Court Painter feigning sympathy responded ,”it’s best to clam up with the big words hombre however if it’s any solace remember many bar patrons look upon you as the greatest of small wits in Banff. Indeed in this respect you may be considered, as Cowley says of Pindar as “a species alone,” and as forming a class by yourself. You have arrived at the very minimum of wit, and reduced it, “by happiness or pains,” to an almost invisible point. All your bons-mots turn upon a single circumstance, the exaggerating of the merest trifles into matters of importance, or treating everything else with the utmost nonchalance and indifference, as if whatever pretended to pass beyond those limits was a bore, and disturbed the serene air of high life. As now you must treat this WAITLIST rejection with characteristic nonchalance and indifference.Nose up ole chap!

Many patrons of Wild Bills bar on Banff Ave. have along with ‘what’s with the bear jokes’ said of your jests, that they are of a meaning so attenuated that “nothing lives ‘twixt them and nonsense”: — they hover on the very brink of vacancy, and are in their shadowy composition next of kin to nonentities. It is impossible for anyone to go beyond you without falling flat into insignificance and insipidity:you have touched the ne plus ultra that divides the dandy from the dunce. But what a fine eye to discriminate: what a sure hand to hit this last and thinnest of all intellectual partitions! Exempli gratia — for in so new a species, the theory is unintelligible without furnishing the proofs: —so my dear A Hardon MacKay take the rejection as a sign of greater things to come and as you know you will always have an unpaid place in the studio of Court Painter: the preeminent political and celebrity portraitist of the Great Dominion.

As someone once wrote on the head of a pin .’The ideal is everything, even in frivolity and folly.’

The Need Right Now for Subversive Painted Portraits
What does it mean for a painted portrait to challenge what we know about and reveal new aspects of the sitter? Court Painter thinks he knows! “My Press Attache A Hardon MacKay,” says Court Painter the Great Dominion’s preeminent portraitist ,” is very difficult to paint because he never stops fidgeting or checking his Blackberry. He literally has one angle. If I ask him to smile, he puts on a big grin and then he goes back to his mountain man ‘mellow yellow’ look. And the ‘mellow yellow’ stays for as ever long as it takes to get the underpainting blocked in.” It’s exactly this “Mountain man-mellow yellow- look” that Court Painter captured for the Time “Portrait of the Year” cover. Possibly coincidentally, the Time cover image is also dominated by warmish mountain man mellow yellow tones. Court Painter argues that the “decisions that I made regarding how to paint Hardon reveal a layered, nuanced field of references that place the image among  the magazine’s greatest hand painted portrait covers ever.”

Court Painter lists a series of criteria: the picture’s overall mellowishness, the sitter’s fidgety pose, and the choice of chair. None of those hold up to much scrutiny. To begin with, looking through the gallery of portraits on Court Painter’s private website, you’ll notice this portraitist’s images, where the portraits are not black and white, tend to be dominated by a single colour. Hardon’s portrait is mellow yellowish (with a hint of something undescribable), but so are many others done by Court Painter. These are highly stylized pictures with a very specific and unique look that often reads as monochromatic. This has precious little to do with alluding to Kodachrome, as Paul Simon and Court Painter argue. On a computer screen, many images also look quite mellow yellow. Many Hollywood movies employ a similar aesthetic. It’s just mellow yellow. In much the same fashion, the other two criteria simply fall apart under stricter scrutiny. Consequently, this painted portrait is not so much “a profound portrayal of anxious fidgetry for the coming years.” It’s simply another  Court Painter portrait. It’s extremely competent painting, great for a magazine cover, but not much more than that. 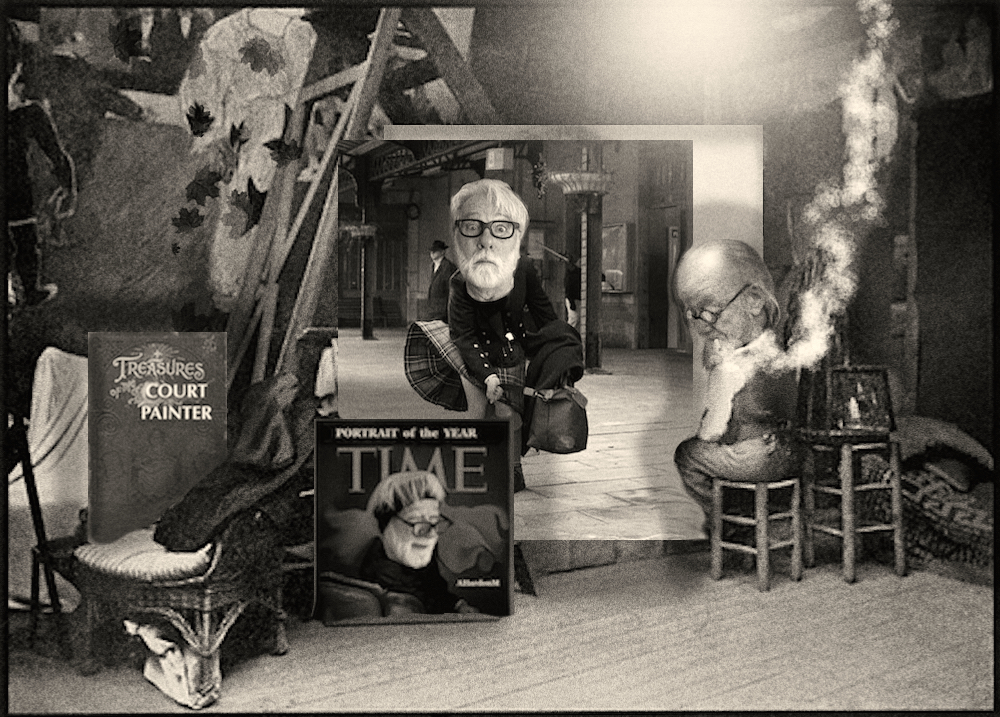 When contacted Court Painter was less committal about the portrait than art critic’s would have preferred: “Upon arriving at Hardon’s mountain residence, I wanted to integrate a detail from his deprived environment into the painting. I tried a few set ups, but this image of my Press Attache fidgeting in his chair and checking his messages stood out as the cover. A fidget by a sitter might mean one thing to one painter and something so different to another, just because …. each life story is so different from one to another. I looked to make a portrait that respects this crossroad [sic] in history for A Hardon MacKay, portraying unforgiving and unvarnished penetration of character through paint… the stark reality that through time he has become a nervous fidgeting wreck handling my celebrity status and business affairs.”

A Hardon MacKay interviewed privately was quite disappointed the full figure portrait was rejected,”it showed my legs in a provocative yet modest manner,I thought!” 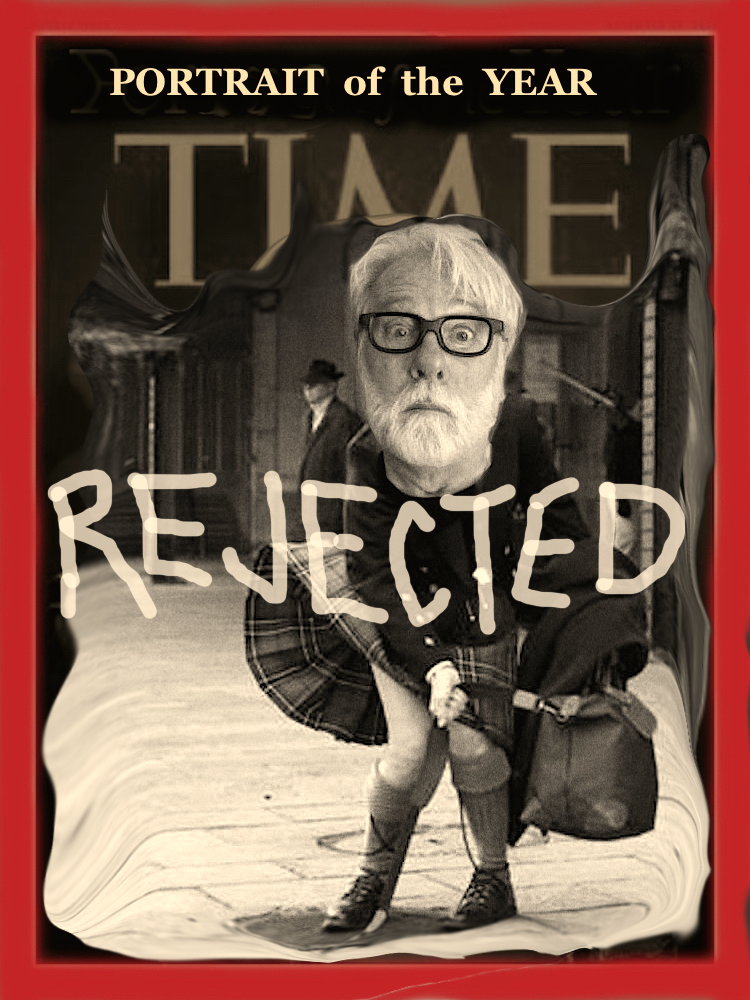 Editors Note: Because of difficulty procuring these incriminating photos we’ve included a few from the archive and with the firing of Court Painter’s Continuity Assistant we suggest the reader exercise a fullness of imagination in connecting the dots.____________________ A co-defendant in one of Calgary’s biggest art heists has told a court she destroyed and threw away five art masterpieces worth more than $100m that were stolen by a thief nicknamed “The Cranster”. Ms. D(enise) Clark was among three people who went on trial in the case on Monday. The five paintings stolen in 2010 from a studio in the Inglewood area of Calgary by the legendary Court Painter have never been found.

“I threw them into the trash,” Ms.Clark repeated three times at the court bar, in tears. “I made the worst mistake of my existence except…..” looking wistfully at the Cranster and then the ceiling, she failed to finish the sentence. 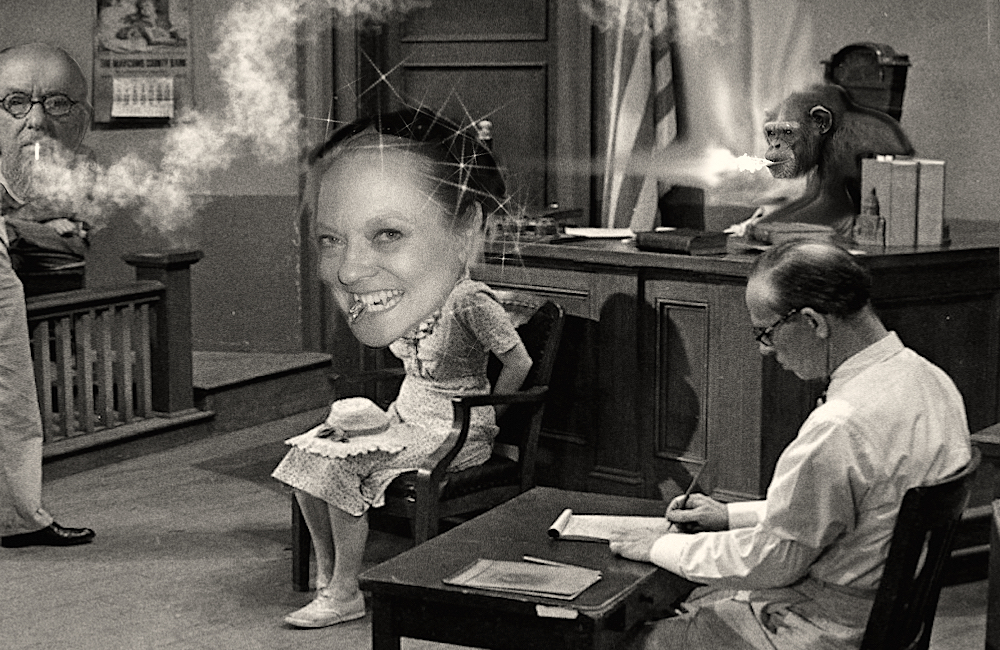 Neither the investigating judge nor other defendants at the trial believe the svelte Ms. Clark’s claims. The investigators believe the five paintings had been taken out of Canada on the back of indentured art labourers. Ms. Clark’s co-defendant testified she was “too smart” to destroy the masterpieces, At this point Clark stated screaming at her co defendant.”I knew I shouldn’t have said I do…I meant to say I dint.” The main suspect Chris Cran dubbed “the Cranster” by Canadian news media, has been convicted 14 times in the past, notably for art thefts and being drunk in public. Authorities found climbing gear at his home: gloves, ropes, a harness, climbing shoes , botox, suction cups,a partridge and a pair of trees.

Cranster testified that at about 3am on 20 May 2016, he broke into the fashionable Inglewood studio with great difficulty, taking advantage of  failures in the security, alarm and video-surveillance systems as well as cuddling a slumbering junk yard chimp named Leroy. 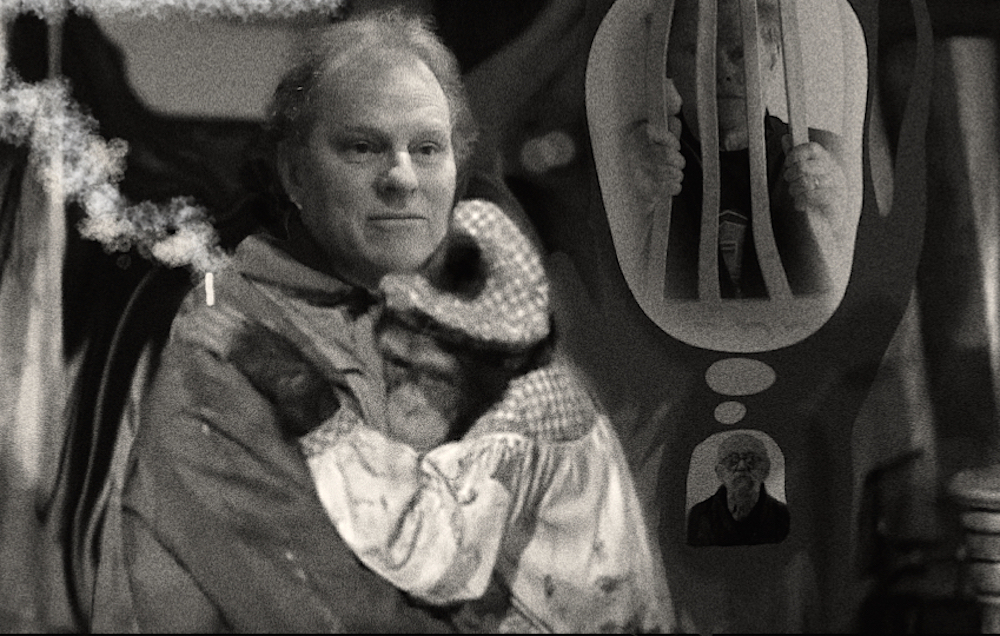 The Cranster removed the glass from a bay window without breaking it, cut the padlock of the metal grid behind it, allowing him to then move from one studio space to another without arousing the one drug addled guard’s suspicions.

Cranster was there to steal a painting by Allan Harding MacKay. But then he said that when he came across the hoard of work by the Court Painter he decided to take them as well. ( later telling his diarist that he felt like Mr H. Carter, the guy that discovered King Tut’s tomb).

Several hours after the burglary,the Cranster said, he offered five of the Court Painter’s paintings to the curator of the elusive National Portrait Gallery of Canada who said he was “totally stunned by them especially when you hold them up to the light.”

Ms.Clark said she initially gave the Cranster a plastic bag containing $40,000 (Canadian) in small denominations ,mostly nickels, just for the MacKay work because she was unsure Cranster would get buyers for the other paintings. 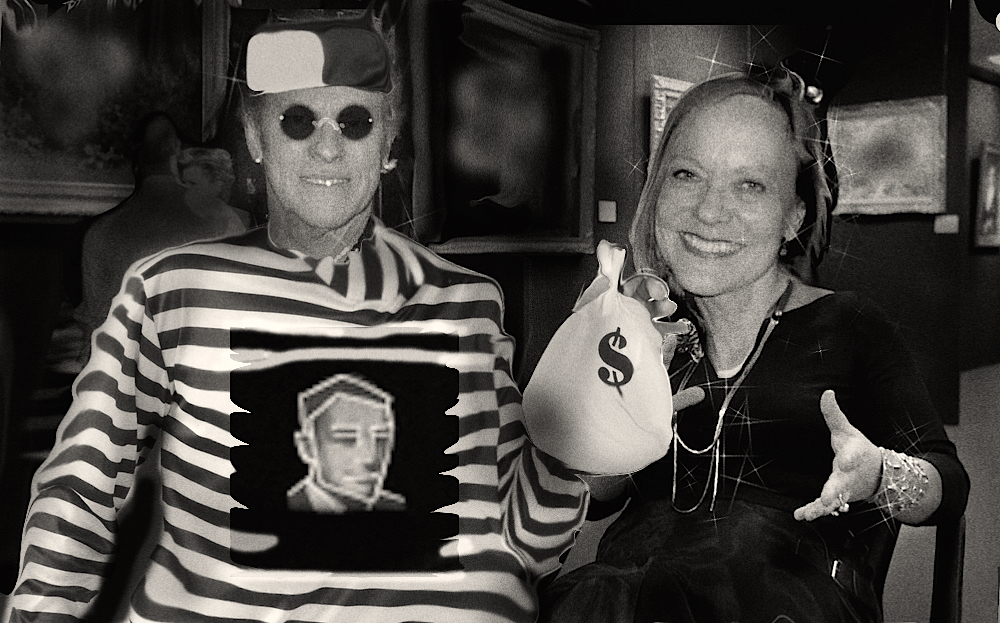 Ms.Clark became worried about keeping the artworks after several months because of the mould and showed them to her friend kd Lang. kd said she agreed to buy the MacKay for $80,000 and to store the other Court Painter works in the music room of her Portland flat . Ms.Clark said she panicked when police began investigating and, in May 2016,she retrieved the MacKay from kd, returned to her cold water walkup  and broke the stretcher bars on all the canvasses before throwing them all into the building’s trash. 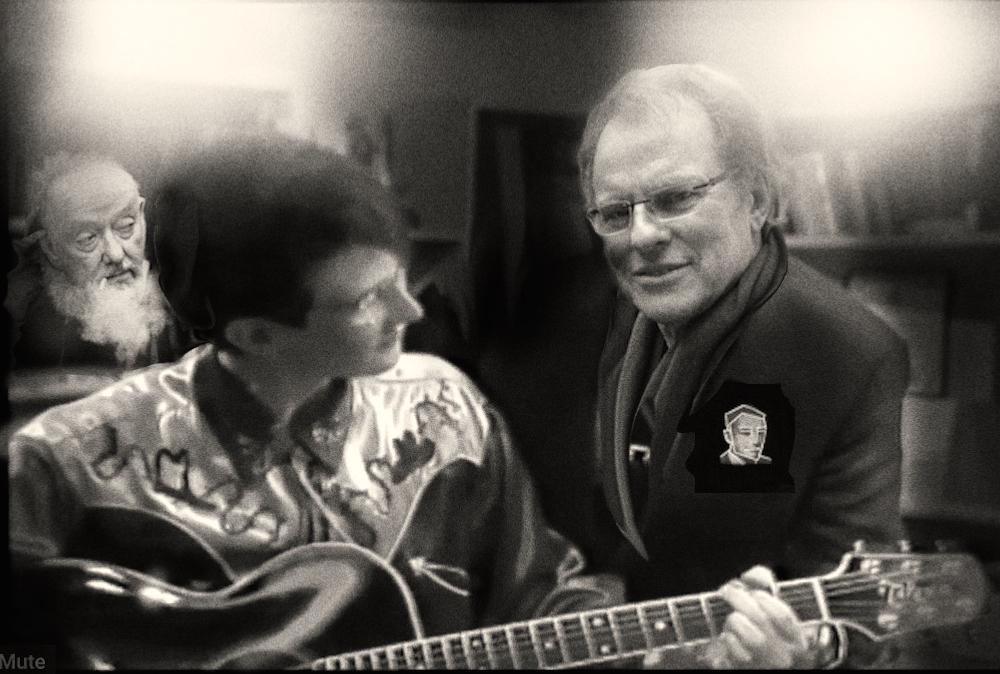 The Cranster is charged with stealing public cultural property, while Ms.Clark and kd are accused of receiving stolen goods. The three are also accused of taking part in a criminal conspiracy to commit the art thefts that have become legendary in Inglewood. 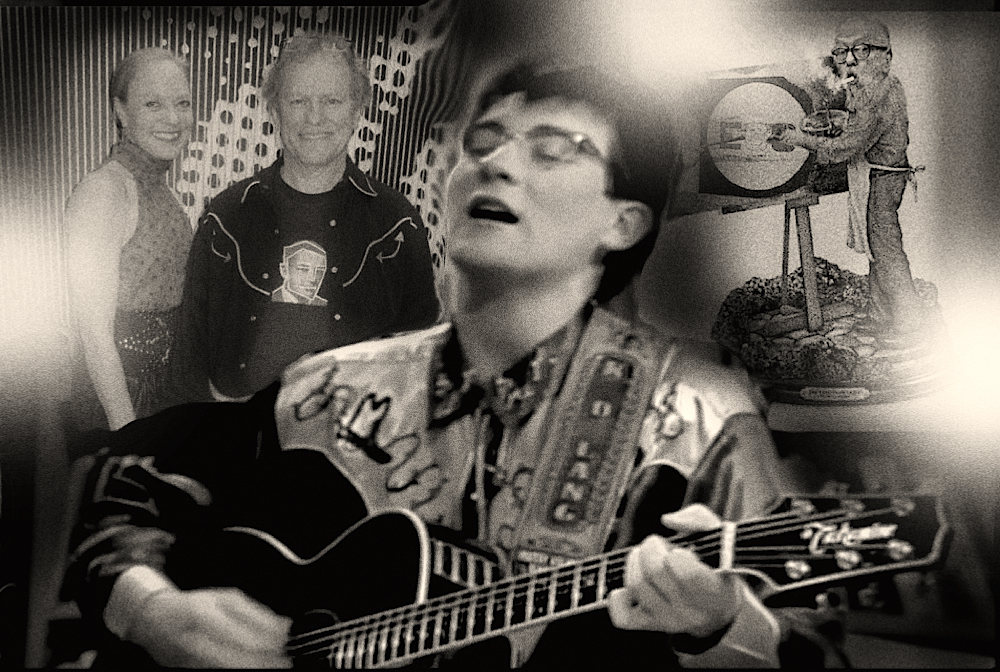 Both Clark and kd will be sentenced to up to 10 years in prison if convicted. Clark will be denied her ballet shoes and kd must not hum a chord of Hallelujah. Cranster will get up to 20 years as a repeat offender but will be allowed to wear his one solitary T-shirt in the big slammer.

After he was questioned, the Cranster came up with a doozy of a conspiracy plot and said he was sure Ms.Clark didn’t destroy the paintings and wanted her to say where they were located. “These are my artworks,” he whimpered. When contacted, both the Court Painter and MacKay concurred that they were not surprised as they both knew that this gang were both ruthless thieves and had no respect for cultural property that also happen to be national treasurers. Mackay was especially incensed and kept throwing up his hands and yelling “I hope they throw the book at all of them and I hope to god this story gets picked up by Ezra at The Rebel”. 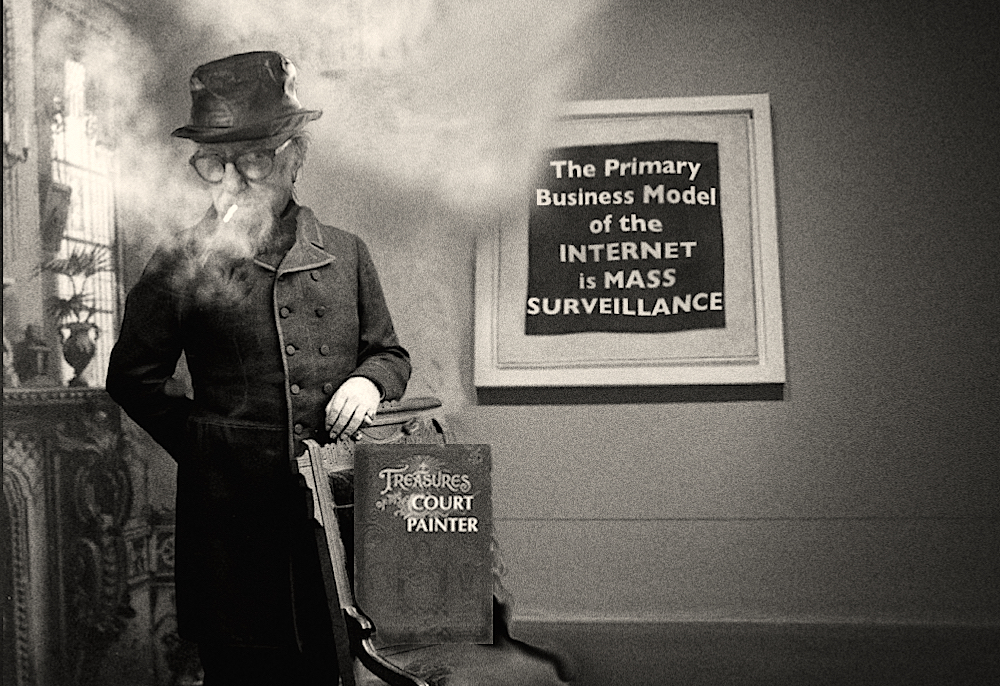 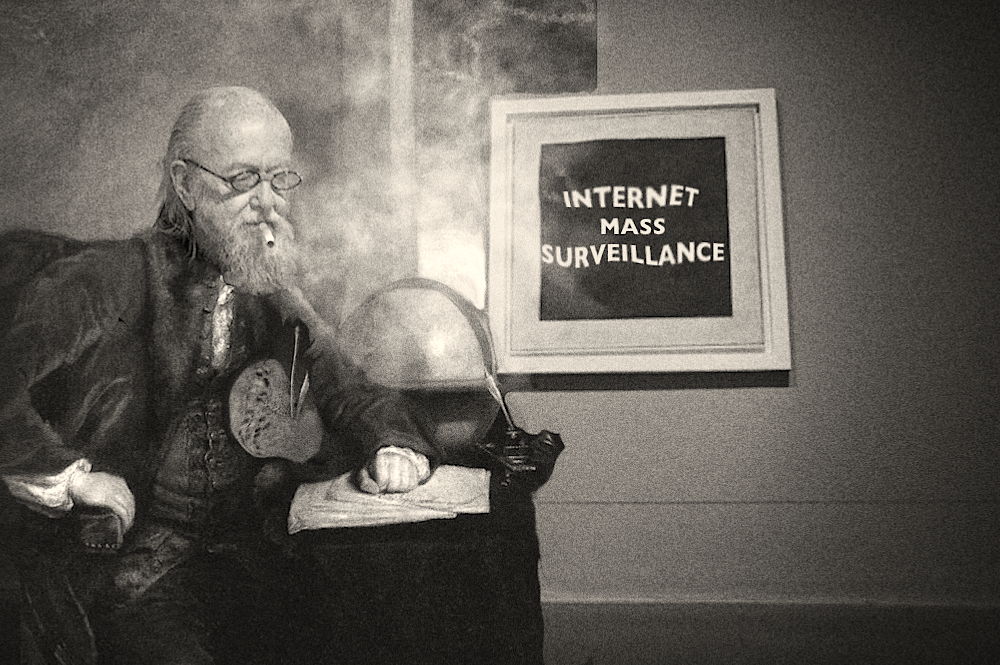 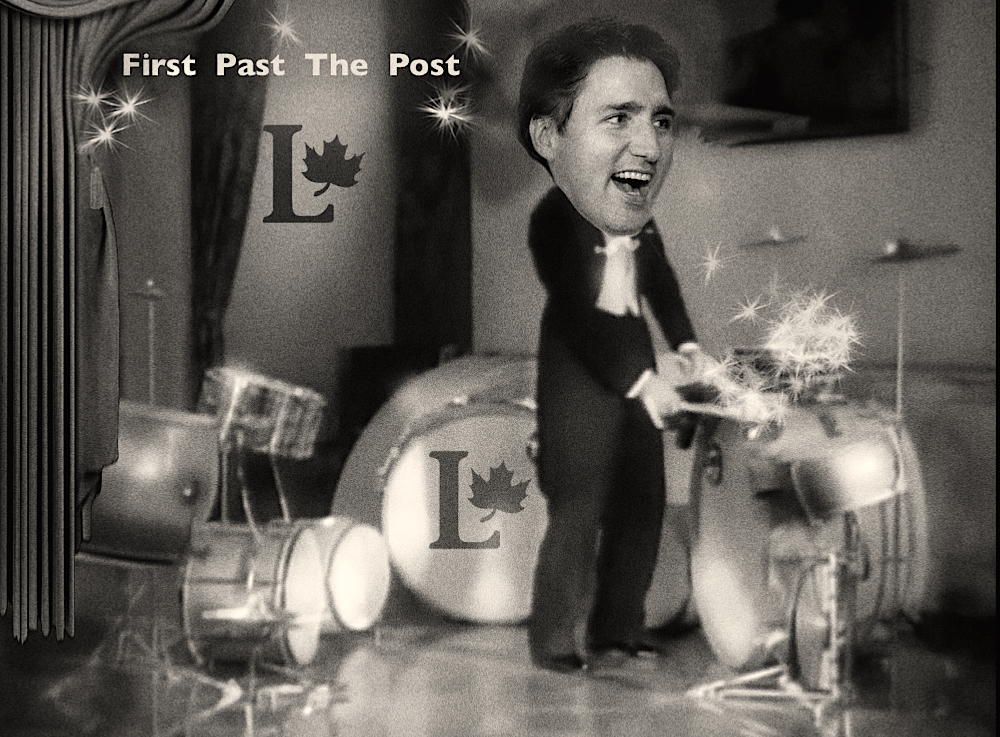 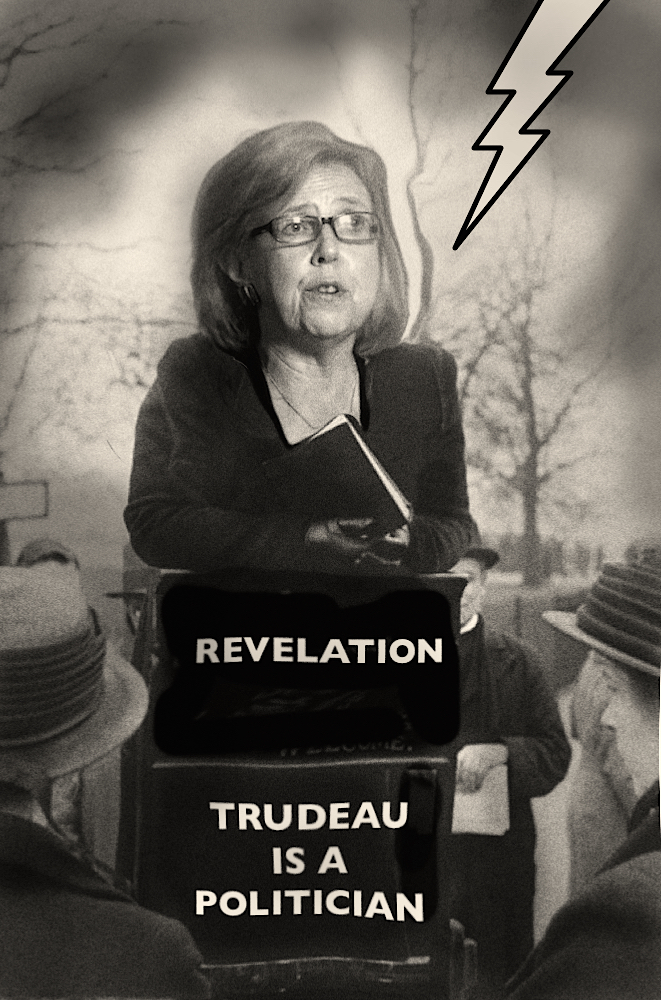 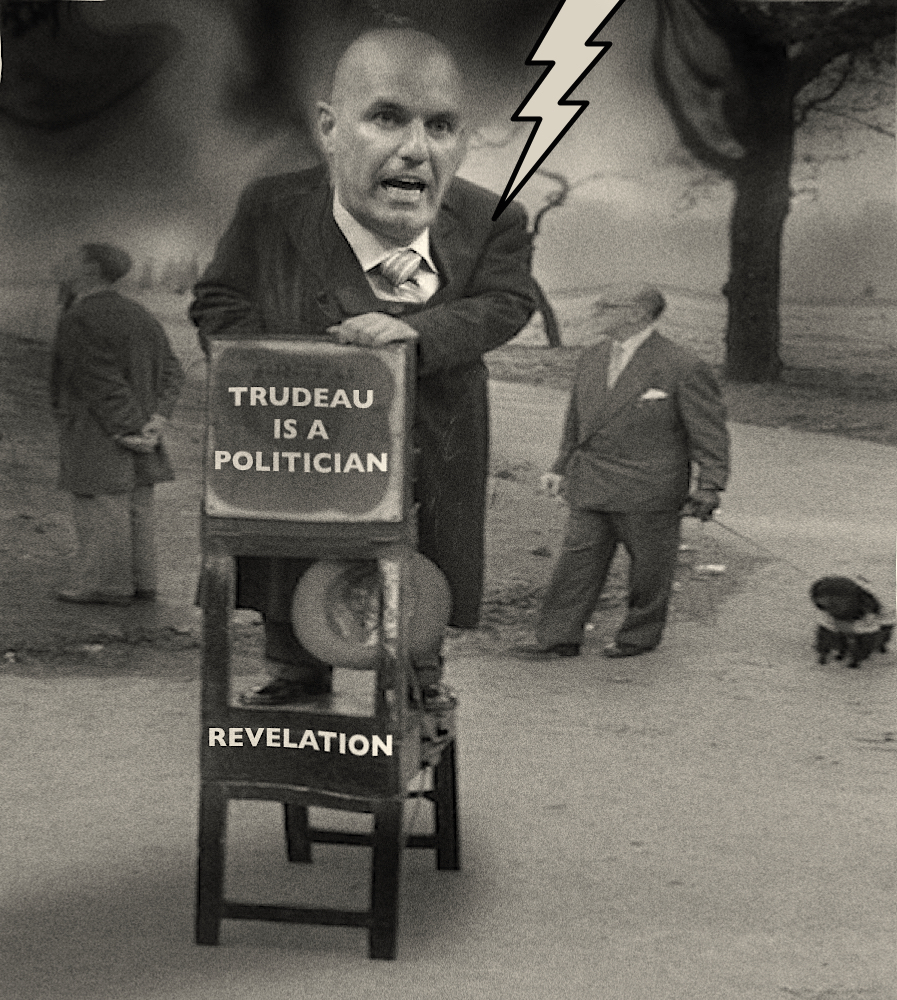 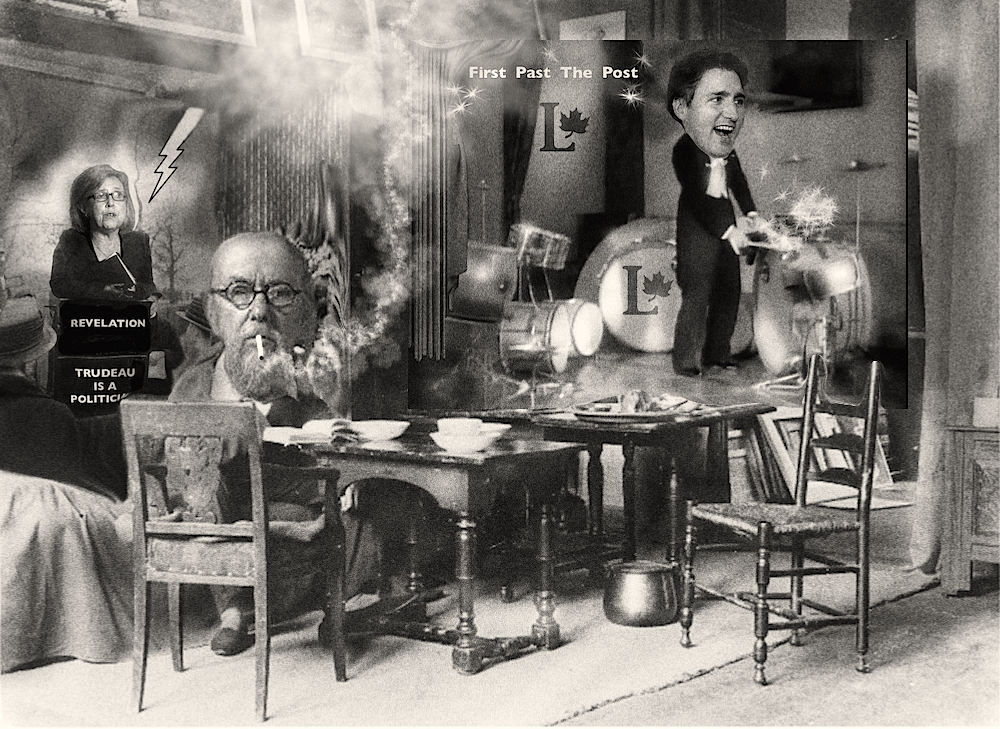