Donald Snitch Trump, President of the United States of America speaking on June 19.2018:

“There was a story two days ago in a major newspaper talking about people living in Canada coming into the United States and smuggling things back into Canada because the tariffs are so massive. The tariffs to get common items back into Canada are so high that they have to smuggle ’em in. They buy shoes and they wear them,” he said. They scuff ’em up, they make ’em sound old or look old. No, we’re treated horribly.” 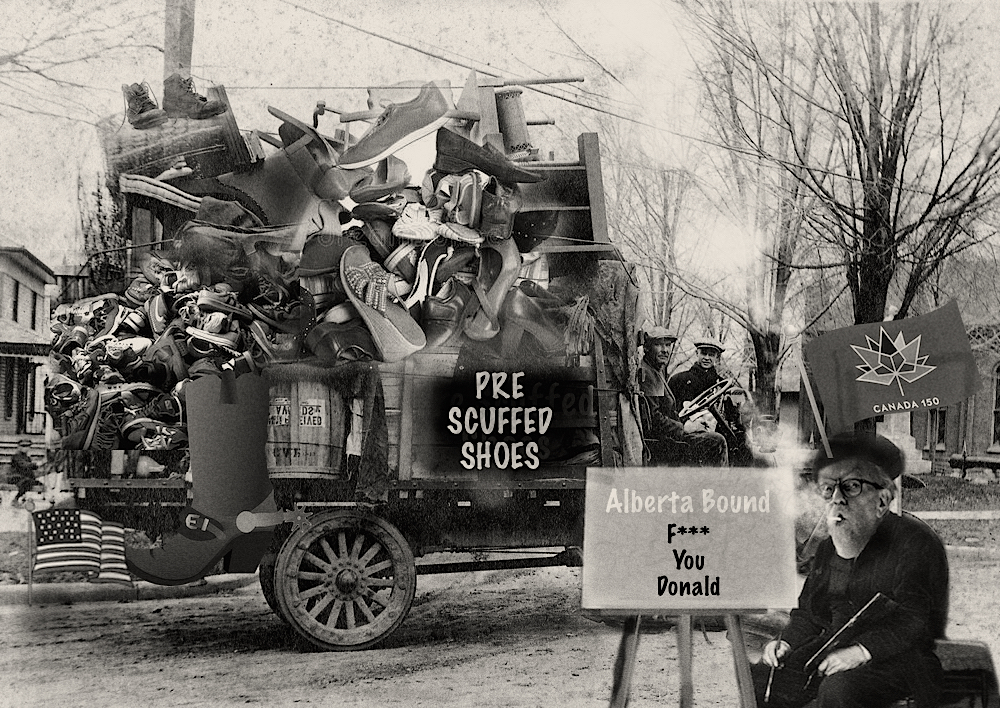 Donald the Snitch just blew the whistle on smuggler Court Painter’s side business;  the purchasing of a variety of brand spanking new shoes in Sweetgrass Montana,which before loading in his conveyances he “pre scuffed’ real good to assure an undetected smooth passage through the Coutts Alberta customs .

Thanks to Donald The Snitch, Court Painter is now out of the shoe business and back in the studio! 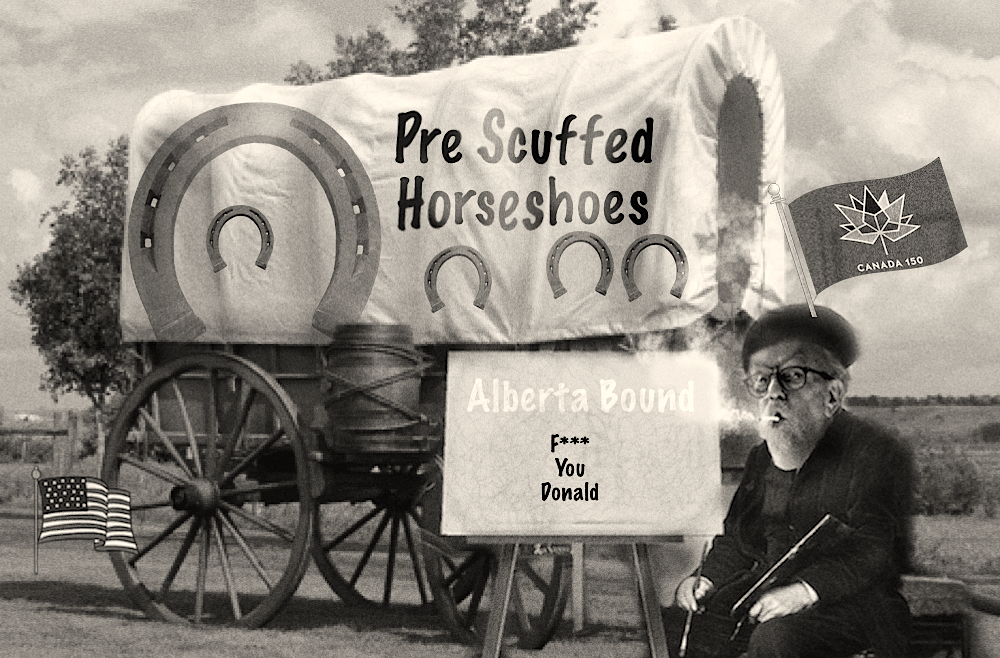 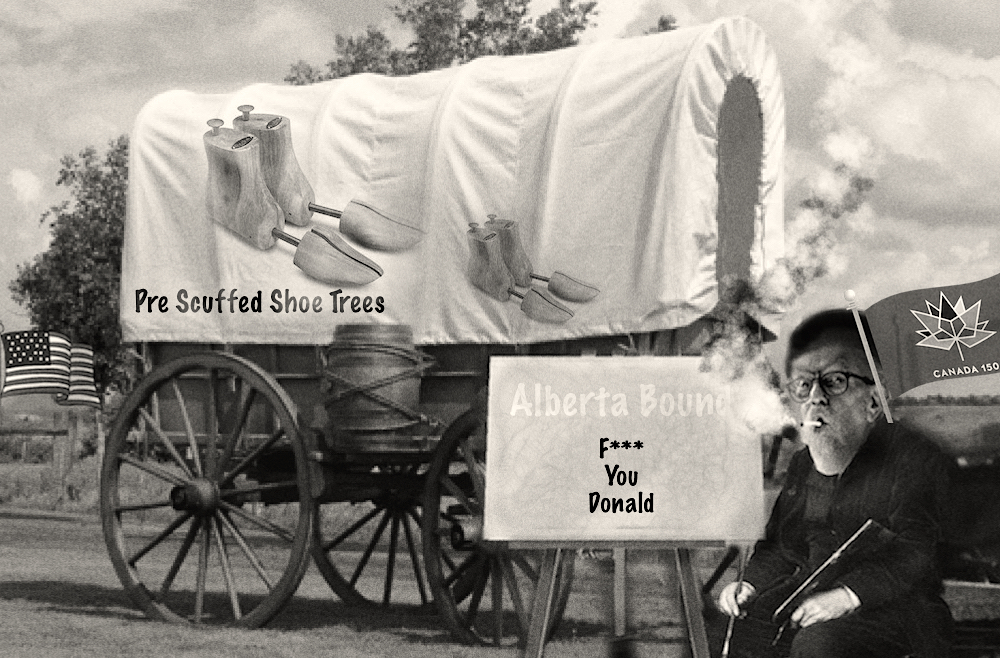 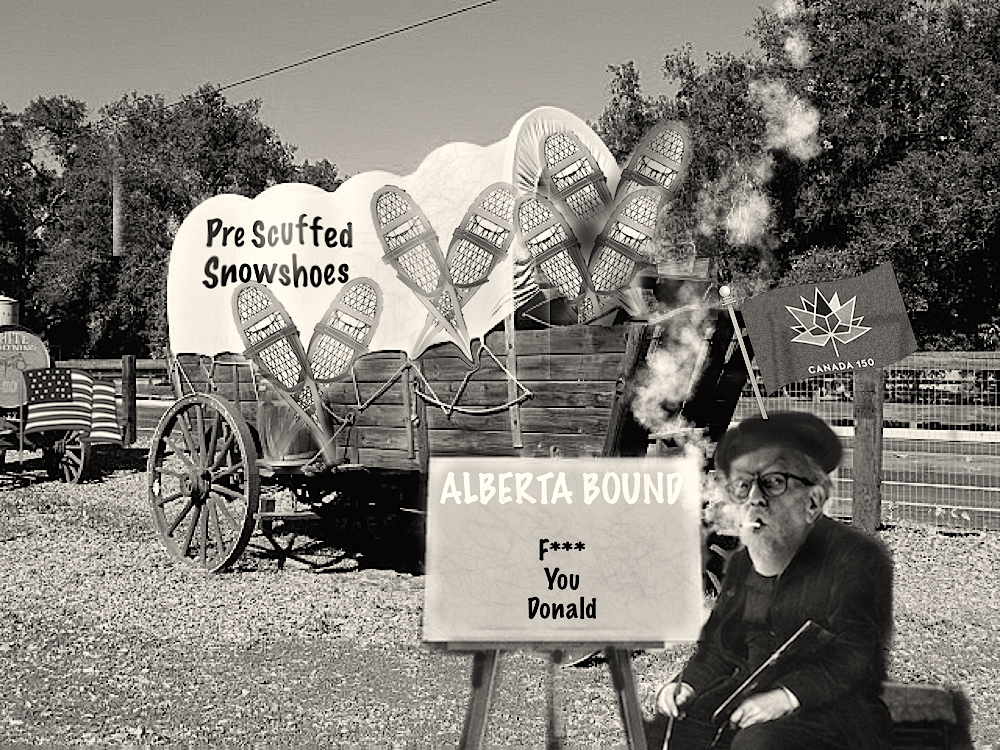 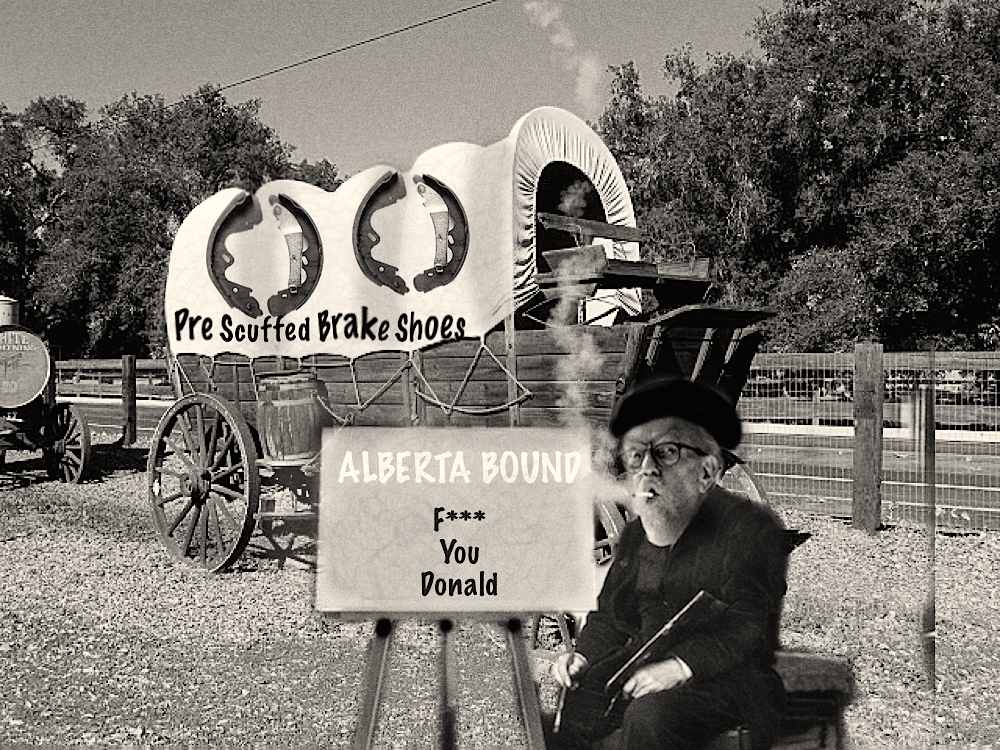 So much for The Donald’s pro business rhetoric!